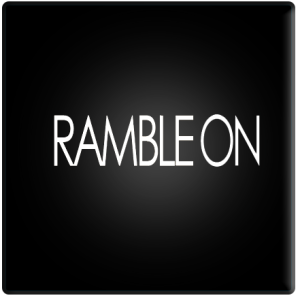 Why IS my heart so broken?

I have spent all week trying to put into words why my heart is SO broken over this election. I may not have it ALL figured out, but I think now I can speak my mind at least to some degree.

Sure, she has made her fair share of mistakes. She deleted emails. And hear me say– that was WRONG. That couldn’t be more wrong. Not only did she delete them, but she KNEW better. It was kind of as if she was saying “the rules don’t apply to me.” I don’t like that. She knew better. She shouldn’t have done that. But let’s move on now… I have respect for her. She gave her adult life to making a difference. She made a difference while being the First Lady of Arkansas, she made a difference while being the First Lady of our country, and she made a difference as Secretary of State. Her accomplishments are endless. She has self-lessly (and probably at times self-ISH-ly) given of her time, her money, and her ability to make things happen. For that- my admiration is so strong.

2. The thought of a woman President made me giddy.

It’s time, y’all! It’s freaking time! We have had some amazing men run this country. Now I can say we have had men of different races run our country. What about a woman? It’s just time! It’s time to bring a female perspective to the way our country is ran. It is time to have a woman be in the highest position in this country. It IS time! I am proud to be a woman. I am proud of the differences I have because of having the nurturing, yet sometimes, emotional, traits that a woman possesses. I am STILL proud to be a woman, but America, it IS time for a woman to be President of the United States of America. I remember about 4 years ago when I told my daughter she could be anything she wanted to be. She went through a list of things: veterinarian, teacher, astronaut, and I replied yes to all of them. I looked at her and said “You could even be the President of the United States if you wanted to be.” She looked at me with her big eyes and said “I can’t do that mommy… that’s a man’s job.” I wanted to be able to tell her Wednesday that it had just happened- a woman had just been elected to run our country. And instead I had to explain how Donald Trump would [attempt] to run our country. I was ready to rewrite history. Don’t get me wrong- we are rewriting alright…just not in the way I had hoped.

Two years ago I posted a photo on my Facebook page. It was a photo of a bumper sticker had just gotten in the mail (from joining Emily’s List) and it said “A Woman’s Place is in the White House.” I was so proud of that! Someone I know well commented and said “No- a woman’s place is in the kitchen.” This was not said in gist. This same person replied to another similar photo this week where I had mentioned how I truly hoped in my lifetime I would see a female run our country. His response “I hope it’s not in mine.” This is yet another reason why I am so convinced that IT IS TIME for a female to run our country. These small minded, misogynous, attitudes have got to be put in their place! 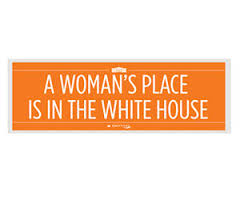 We don’t need to make it great “again” as Trump so loudly and proudly proclaimed (while wearing a hate made from China, I might add). America IS great! We aren’t the best at everything we do. We are behind is health care and education (and probably more areas) but we ARE a great country. We don’t need to go back in time and make changes to send us back in time… we are great NOW.

4. Donald Trump is an embarrassment to human beings. (in my opinion)

5. I believe in having an open mind and an open heart.

I believe with all of my heart that Jesus loves all of us. He loves those of us who are of different races, backgrounds, SES, religions and sexual orientations. I don’t believe that we have to “celebrate” all of these differences (parades, special days, etc) but we DO have to love them. For me, when a President shows discrimination against minority groups, he is NOT loving them and he is not being open minded to those that are different from him. I believe that making a choice for someone else is wrong.

There will be more.. but for now, this is what I can digest and ponder on. This has been such a hard week. I’m exhausted, and i’m pressing on. The mourning is starting to end and the fire has been lit. I don’t like what I see in our Nation. I can’t just sit back and say “I wish people knew {fill in the blank}”. I have to make SURE that they know! Hillary- your inspiration has been passed on to a generation of women who are fed up and fired up. This is OUR fight song!

With much inspiration, sincerity, and love,